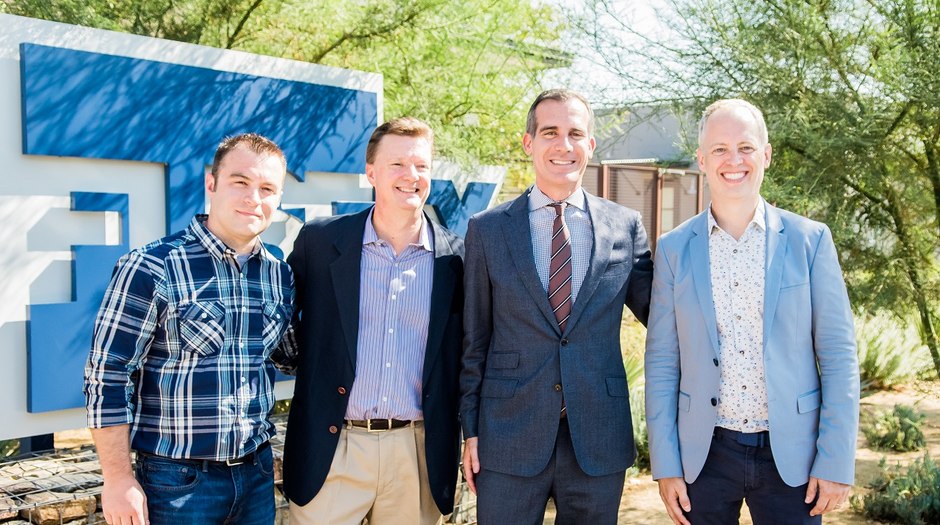 FuseFX was founded in 2006 by Emmy Award-winning VFX supervisor David Altenau at a time when many visual effects companies were downsizing their operations in Los Angeles. Against the surging tide of production, he developed a proprietary workflow that enabled him to effectively serve multiple TV productions and tapped into the region’s vast pool of VFX supervisors, producers and artists. Executive Producer Tim Jacobsen and CTO Jason Fotter joined the company as partners in 2008 and have helped set it on a path of steady growth.

â€œFuseFX remains committed to building on the success of our Los Angeles office and expanding our operations here,â€ commented Altenau. â€œOur new space will allow us to continue to tap into the formidable talents and resources of the Los Angeles area and provide exceptional service to what remains the world’s largest entertainment production hub.â€

“No industry has been more affected by rampant production than visual and special effects,” Los Angeles Mayor Eric Garcetti said at an opening ceremony for the new facility. â€œFuseFX has been around here in Los Angeles for the past decade, because the company understands what our city has to offer: unmatched production resources, extensive infrastructure and, of course, the best talent in the industry. Fuse creates opportunity and uplifts the next generation of animators and designers in Los Angeles, where they belong. “

Currently, FuseFX produces visual effects for shows such as American Crime Story, Scorpion, Marvel’s Agents of SHIELD, Empire, Criminal Minds, Bones, Turn, The Blacklist, The Magicians, Preacher and Zoo. The company won an Emmy Award in 2015 for its work on American horror story. It also provides visual effects for a growing number of feature films and commercials. The company recently formed a virtual reality-focused division under the FuseVR banner.

FuseFX’s operations in Southern California were previously split across multiple buildings in Burbank. From now on, all of its staff will share a unique environment, similar to that of a campus.

â€œHaving our entire team nearby will be good for collaboration,â€ observed Altenau. â€œArtists will be able to communicate better with each other and with clients, and focus on the task at hand. It is also a more comfortable collegial space. It’s good for our staff and our customers.

The new facility has a 10 gigabit infrastructure capable of handling 4K media and other large data files in real time. Its 15-rack server room is designed to easily expand storage and rendering resources as needs grow. Sohonet’s high-speed connections to FuseFX’s production facilities in New York and Vancouver will allow artists at all three locations to seamlessly share data and resources. The site’s four projection rooms include a 20-seat room equipped with 4K projection and monitoring systems. Space is available for more technical resources, including the possible addition of 4K color grading and finishing.

â€œWe have set ourselves apart from other companies in the industry by developing a very efficient pipeline that translates into better creative communication and better quality control, as well as faster shot rotation,â€ Altenau concluded. “Our artists are able to focus on the creativity of the visual effects rather than the technical aspects of the process.”

Issues raised in the flagship installation of the Lasswade Center